WILL THERE EVER BE AN END TO RAPE CULTURE? 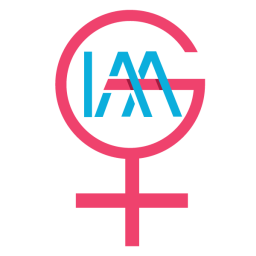 by I Am A Girl NGO

Rape culture affects all girls and women whether we realise it or not. It is so heavily inscribed in our society and affects how girls are taught and thus the development of girls. So, what is rape culture?

What is Rape Culture?

Rape culture unlike what the term suggests is not simply the culture of rape. Rather, it is society’s attitude to gender and sexuality, and general desensitisation to rape and other forms of sexual assault where the victim is often blamed for the assault.

Victim blaming and sexual objectification are quite common in our society and often go hand in hand. For example, just recently, I went out with friends for dinner on Saturday night. It was extremely busy with large groups of people, especially on the outside on the sidewalk and by the exits. We were walking around after dinner and had to pass by a group of guys.

At this point, there were only three of us left, so we just looked down and walked faster. That is when four guys from the group came toward us. They started having conversations with each other about our behinds, cat-calling and other things which made us uncomfortable. To make things worse, a lady who saw this said if we weren’t so “exposed” we would not be spoken to in that manner.

I wanted to turn and say something to both the guys and the lady, but I knew nothing would happen or change. This made me mad, annoyed, and sad. So, we just made our way back to the restaurant in shock.

This example is one that many girls can relate to. Of course, there are many other ways in which girls may be objectified, and either directly or discreetly blamed for said objectification or implied that they have instigated the perpetrator or not tried hard enough to make it stop.

So Why is Rape Culture Dangerous?

The victim is stigmatised by victim-blaming beliefs, which also make it more difficult for them to come forward and report the crime as they are not believed or believe that it is their fault.

It suggests fewer crimes become reported and fewer perpetrators are brought to justice on a public level.

Victim blaming encourages predatory behaviour. It enables the perpetrator to destroy lives while evading responsibility for their deeds.

How Rape Culture Impacts the Development of Girls?

Rape culture polices the lives of women and girls. From an early age, parents, churches and school teach girls to make sacrifices to avoid sexual assaults. These include dressing conservatively, being submissive, never travelling alone, etc.

Hence, the rape culture puts pressure on girls and women to give up their freedoms and aspirations to be protected.

The responsibility for this protection is placed on girls and women’s shoulders and they are held accountable if/when they “fail”.

It also means that some opportunities are denied to girls and women, while yet other opportunities are constrained by pricey safety measures, such as travelling to different countries alone, going out by themselves late at night or something as simple as going to the bathroom alone.

The development of girls as well as society’s progress, are hampered when they forego social and economic opportunities to be and feel safe. Further, when girls and women are expected to prevent sexual assault, it gives sexual predators the authority to dictate the limits of their life. Thus, the assault is not the fault of the predator but rather the victim which is not correct.

Similarly, rape culture is often enforced in our judicial system.

Here, in the Caribbean, lawyers and sometimes judges, can sometimes ask questions or make comments like, “What were you wearing?” “Why did you leave with him,” “She enjoyed it,” etc.

This begins to shift the blame from the person who had the choice and is responsible for his/her actions to the victim.

As a result, girls are then hesitant to tell people what has happened to them. In some cases, girls even blame themselves or start to feel guilt or shame for what happened.

This hinders the development of girls as the assault of girls and freeing of a rapist is an issue for all of us. It means that someone’s rights and freedoms have been violated and set back our (girls and women) development.

What Can We Do to Change Rape Culture?

This is one question that I am not sure how to answer.

As Rape Culture is so institutionalised, no singular law or program can fix or revert this culture.

However, talking more about it and our experiences with rape culture can help people understand the concept of rape culture.

Further, we can simply avoid using language that disrespects or objectifies girls and women. Also, if we see someone making an insensitive joke or minimising rape, we can speak out and let them know why they are in the wrong.

Arianne Cumberbatch is a student currently pursuing a LL.B. Law at the University of the West Indies, Cave Hill Campus, and as part of her tenner, has been volunteering with I Am A Girl under the Give Back Programme.

I Am A Girl NGO

The Caribbean's leading non-profit organisation in support of girls, to inspire, empower and provide opportunities for girls to lead and exist in a world where they feel safe, protected and celebrated.

Want to get involved?

Tell us how you think you can help or what you would like to do. We appreciate it!